Can Kids Be Better Tree Planters than Adults? 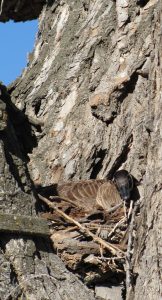 Around the world, adults with good intentions and a deep sense of purpose have planted trees. The trees are planted for different reasons. They protect soil from water erosion. Once they’re grown, they reduce global warming by sequestering carbon. They beautify an area, reduce wind damage, and protect wildlife.

But many tree planting efforts sometimes don’t work, even when they’re done with lots of publicity. Sometimes most of the seedlings are washed away or die. Sometimes the wrong soil or location is chosen for trees. Other times, once the seedlings are planted, they don’t get watered or cared for, so they eventually die.

One tree planting project in Camarines Sur province on the Filipino Island of Luzon took place on March 8, 2012. In just one hour, over a million mangrove seedlings were planted in coastal mud. The project was meant to green the province. The governor called it a resounding success. It earned a certificate from the Guinness Book of World Records for the most trees planted in such a short time. But eight years later, a study of the area proved that less than two percent of the trees had survived.

What if some enterprising kids took on a tree planting project? Maybe they would have better results than adults. When kids are motivated, they’re pretty good at working together to plan and carry out a project.

Could kids come up with a successful tree planting project? I’ll bet they could. But it would take a lot of planning, work, and long-term commitment to make it happen. I think kids could teach adults a thing or two about how to make a tree planting project a resounding success.