How to Deal with a Bully 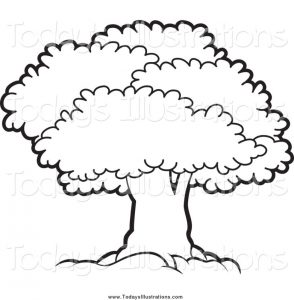 Though we often think of bullies as being mostly found in school settings, they pop up everywhere, even among adults. They can be found in every walk of life.

Usually, bullies try to belittle and intimidate others because they have a low opinion of themselves. If they can make someone else feel sad, uncomfortable or afraid, they think it will help them feel better.

Sometimes well-meaning people tease others and don’t realize that the other person feels bullied. That really happened when two boys in school saw a new student come to class wearing the same clothes every day. At first, they teased the new boy just like a lot of other kids did. It finally dawned on them that maybe the boy didn’t have any other clothes to wear and that he was doing the best he could. They were about the same size as the new boy, so they went home and found some of their own clothes to give to him. The day they brought the clothes to school, they called the new boy out into the hall. He looked apprehensive, but he followed them into the hallway. There, the two boys apologized to him and gave him the clothes they’d brought from home for him. Not only did they give him the clothes, but they began sitting with him in the lunchroom. The new boy, who had been bullied all his life, said that day changed his life. He now had friends who cared about him and several changes of clothes to wear. The two teasers-turned-friends learned a lesson too. Sometimes their teasing hurt others, so they began treating people with more kindness and respect.

Wouldn’t it be great if every bullying incident turned out so well? Often, it’s impossible to change the way a bully behaves. Instead, if people being bullied recognize their own value, then it’s harder for bullies to have a negative effect on them.

That’s what happened with Francisco, the seven-year-old boy in my book, If I Were a Tree, What Would I Be? Francisco and his friend, Katie, discovered they both loved trees and they could hear them with their hearts. Once when a boy in school said something mean to Francisco, it made him upset. When he visited a tree, he heard the tree speak to his heart. It told him to stand tall because the tree knew what a really cool person Francisco was. The message changed the way Francisco reacted to the boy at school. Whenever the boy did something mean, it didn’t hurt Francisco so much because he remembered what the tree told him about how cool he was.

Recognizing our own value makes it harder for bullies to make us feel bad about ourselves. Then their words have a way of sliding right off of us. Instead of focusing on the unkind things a bully tells us, we can focus instead of our own value. It’s important that we take time to let other people know how cool they are, how much we like them, and how important they are to us. When a bully tries to make them feel bad, they know they are worthwhile people with friends who value them. Then a bully’s words no longer have the power to make other people feel so miserable or scared.

If you see someone being bullied or if you realize that your behavior was unkind, let the person who felt bullied know you think they’re cool, cool enough to hang out with. When we spread kindness and caring, we make it harder for bullies to hurt other people.

Help Kids Believe in Themselves Helping to Save Trees

2 Comments on “How to Deal with a Bully”